Year on year, more notifications of possible market manipulation and abuse of inside information are being reported to the FIN-FSA. At the same time, the supervisor's Market Surveillance and Analysis System is reviewing trading data more effectively and providing alerts of suspicious activity. The system has also improved the efficiency of detection and investigation of potential misconduct. 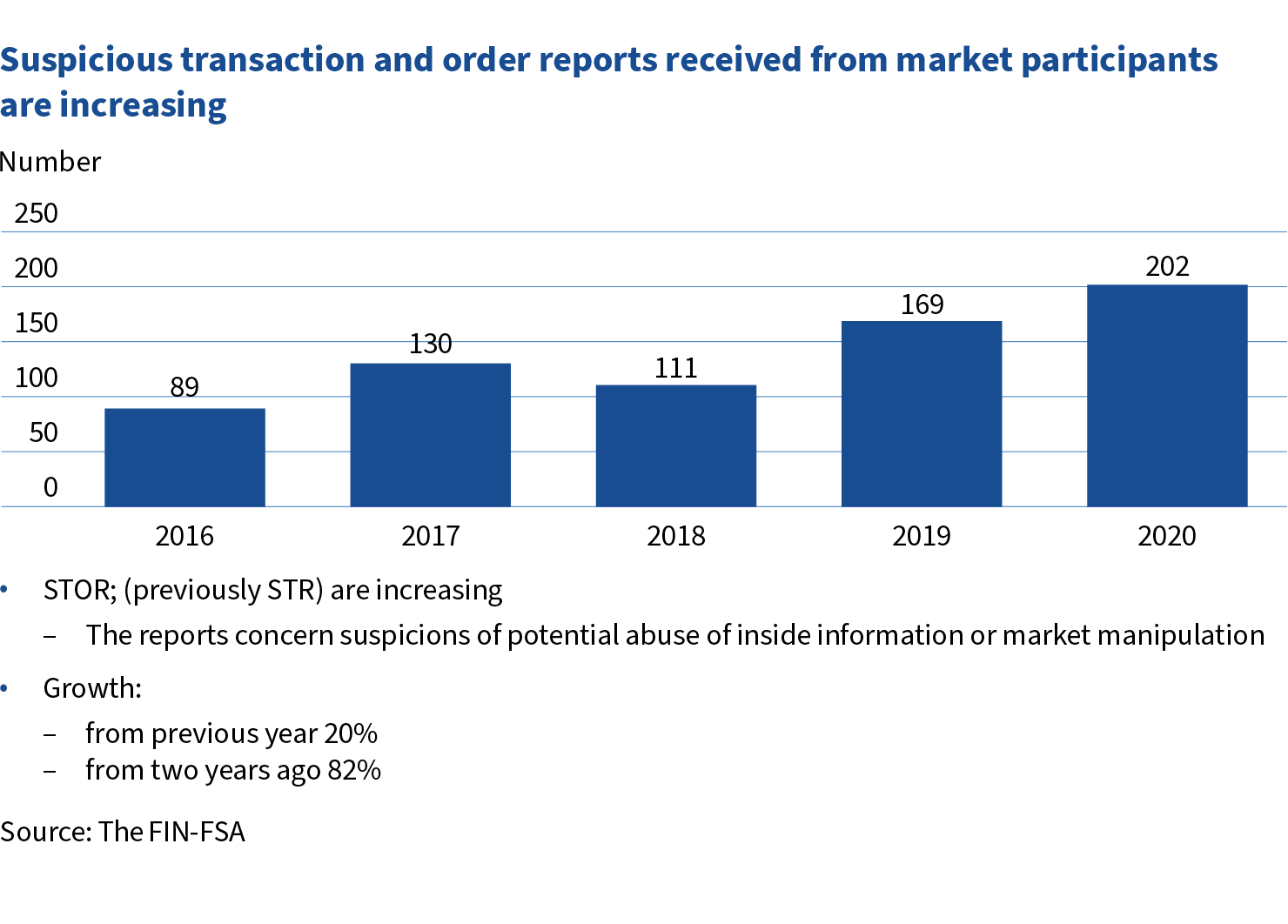 The most common and clearest type of suspicion is the abuse of inside information, which accounts for about two thirds of the STORs received. Another type of suspicion is market manipulation, which refers to an attempt to affect the price of an item subject to trading either by misleading information or misleading dealing orders. Market manipulation is often more difficult to detect than the abuse of inside information, and it is also a more complex phenomenon from the perspective of investigation. 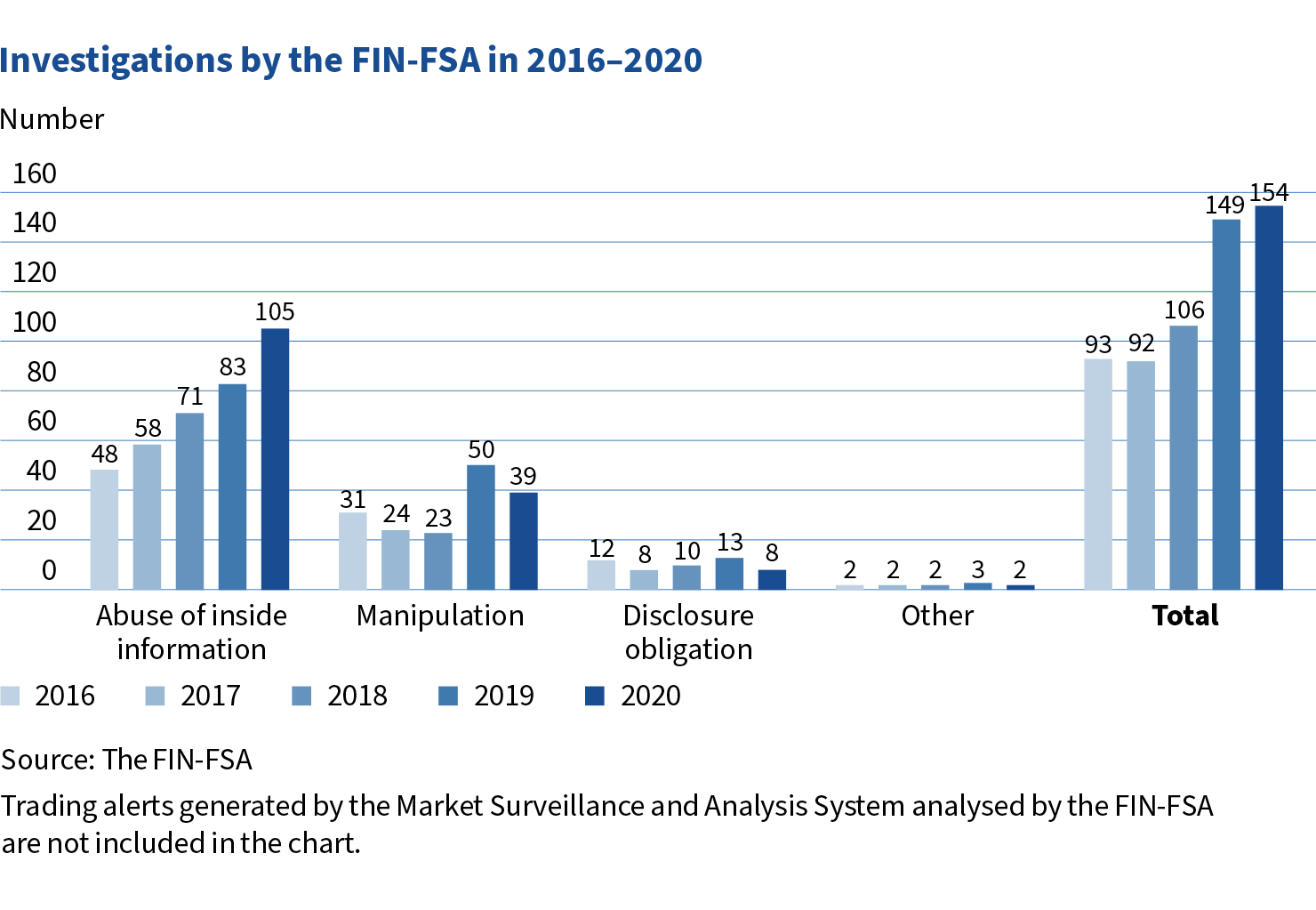 Throughout 2020, the FIN-FSA had the Market Surveillance and Analysis System in full-time use, improving the efficiency of detecting potential market manipulation and abuse of inside information. The system was adopted gradually in the previous year. Among other things, the system is capable of detecting suspicious activity in a large volume of trading data, potentially including hundreds of millions of transactions and billions of dealing orders annually – a number which is impossible to review manually.

Trading venues and intermediaries have their important role and task to play in the supervision of trading. Their own surveillance systems produce suspicions concerning trading for further investigation by the FIN-FSA, which has the most comprehensive information and the best overall view of trading in Finnish instruments, such as shares.

The FIN-FSA’s system improves the efficiency of supervision by combining, for example, information from trading in various trading venues, stock exchange releases such as profit warnings, and information on insiders. It also automatically generates signals of its own for closer scrutiny by market supervisors, for example on irregular trading before the publication of a stock exchange release, or on manipulative trading.

As regards the coverage of the transaction data used by the system was also improved by the collection of identification data on final customers launched within the EEA due to MiFiR regulation.