The FIN-FSA has steered its supervised entities increasingly towards aligning the scope of their AML controls with the risks involved. During the year, a supervisor-specific risk assessment of the money laundering risks inherent in the activities of the whole field of supervision was published, as were two sector-specific risk assessments. The FIN-FSA received contacts voicing concerns about a phenomenon where banks and also other financial institutions, instead of managing the risks, restrict the availability of their services to high-risk customers and even entire groups of customers.

In addition, issues pertaining to the updating of KYC information were highlighted in the media and contacts made to the FIN-FSA. The FIN-FSA and other institutions intensified their cooperation in the supervision of anti-money laundering both at the domestic and EU level.

The FIN-FSA has received many contacts voicing concerns about financial institutions refusing to establish or continue a business relationship with corporate customers whose beneficial owner or responsible person is from a high-risk country, without assessing on a case-specific basis whether the risks related to the individual customer relationship could be managed. In addition, representatives of certain sectors considered to involve high risk, foreign embassies and non-profit organisations have raised concerns in their discussions with the FIN-FSA about difficulties encountered in obtaining banking services.

The phenomenon in which banks and other financial institutions terminate or restrict business relationships with customers or even entire categories of customers is called de-risking. In this phenomenon, the objective is to entirely avoid the risk related to the customer relationship without seeking to manage it on the basis of the risks.

So far, there is no information about how widespread the phenomenon is in Finland. The European Banking Authority (EBA) has started to examine the extent and impacts of the phenomenon in EU countries. The FIN-FSA has also been proactive in bringing up the issue in EU-level discussions.

KYC information must be updated to reflect the risks

The FIN-FSA received many contacts in the spring and summer from private customers who had been urged by their bank to update the information on their identity verification document, such as passport or identity card. Customers were alarmed, in particular, about the wording of these letters, according to which a delay or failure in updating the information could lead to a restriction of services.

The FIN-FSA’s view is that actions required from customers to update their KYC information must be proportionate to the potential risk caused by any outdated information. Unnecessary restriction of services must be avoided. Customer identity is information which does not expire when a verification document expires. Therefore, the mere expiry of an identification document should not trigger the need to update information and restrict services.

The FIN-FSA has also intensified domestic cooperation with other authorities responsible for anti-money laundering. In order to enhance the exchange of information, the FIN-FSA and the Financial Intelligence Unit signed a memorandum of understanding in February, clarifying the content and methods of information exchange.

Several domestic authorities and organisations published a common moneylaundering.fi website in December. The FIN-FSA participated in the production of the website and will continue to contribute closely to its maintenance and development. The website is located at www.moneylaundering.fi. 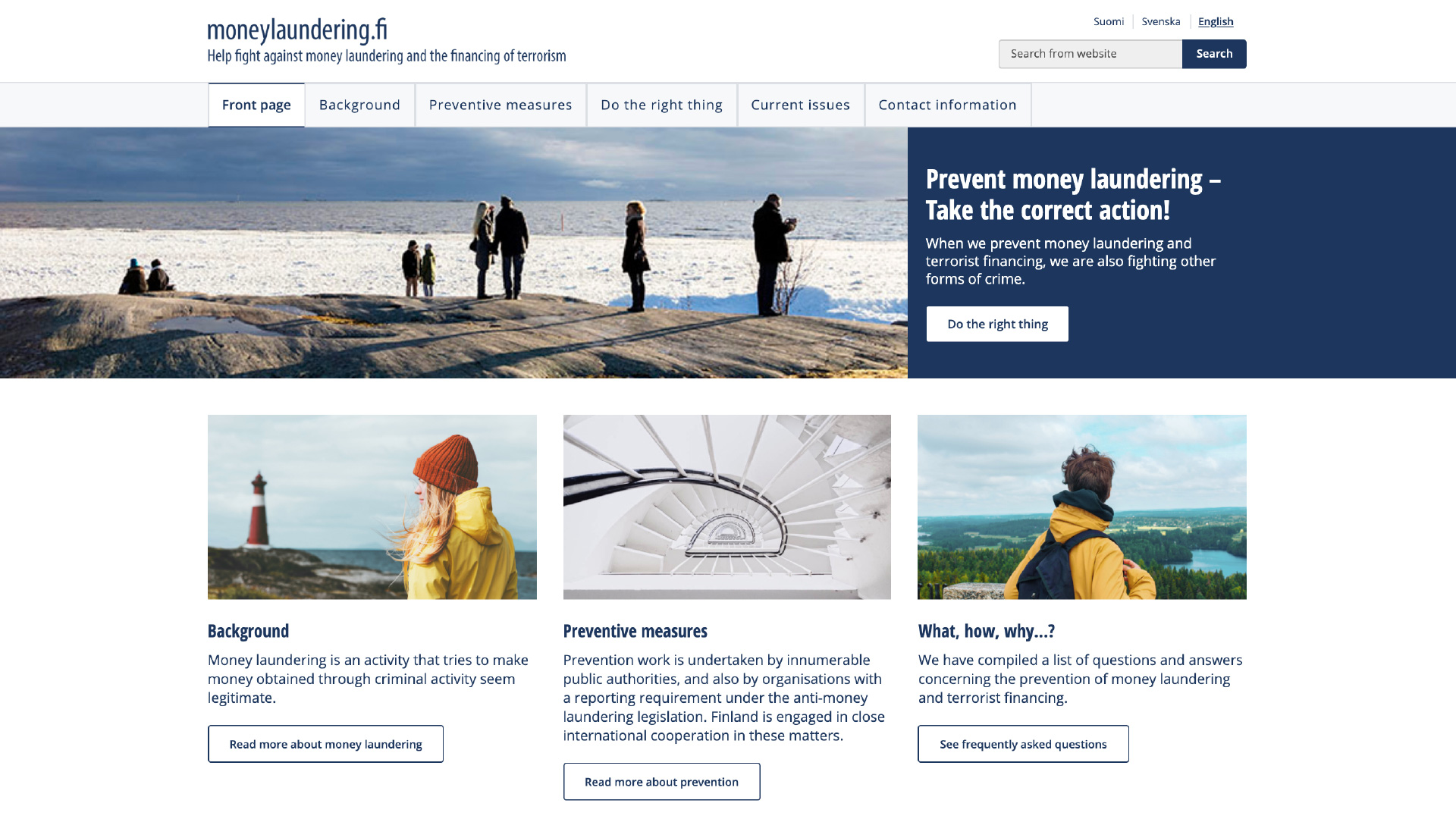